Do You Backup Your Photos?

Do you backup your photos?  Good, glad to hear that you do.  Wait!  you only put them on a USB drive?  You should do better and here’s why.


This article is less about photography tips and equipment but it’s a subject that I’ve got to cover again due to recent events.  I have a strange fetish for backups.  Maybe it’s the geek in me.  I’m a computer geek by trade so it sort of comes naturally.  It’s possibly due to being stung back in the old days or because I’ve had a job where it was my responsibility to ensure backups worked every time, were automated, and if we had to use them, they darn well better work.


Need more convincing?  I had a neighbor come over to me in a panic one day because his computer wouldn’t boot, all of his images were on there and the disk looked like it was pooched.  I asked if he backed up.  Answer = no.  OK, OMG!!!  Lucky for him I was able to mount the drive on another computer and recover almost everything.  I then installed two hard drives with an automated backup routine.  I also had him install iDrive. 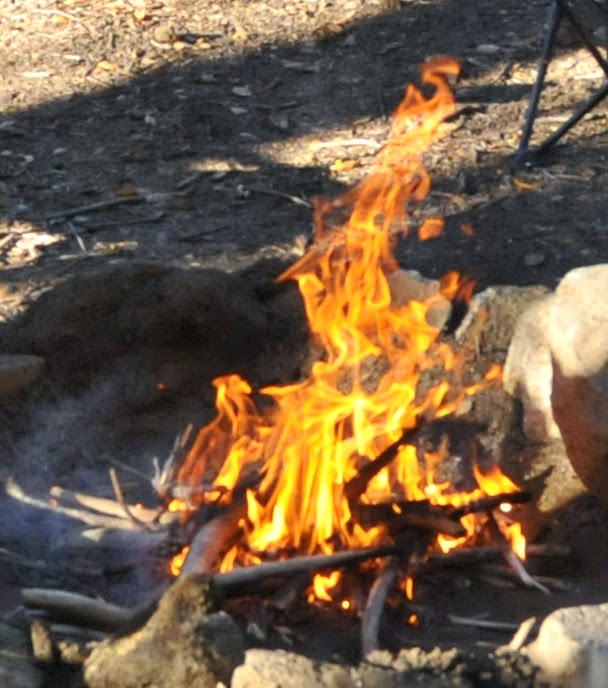 A friend of ours lost everything in a fire that swept through San Diego county about 10 years ago.  They lost everything but their lives.  The only photos they had were the ones that I had taken, mainly of their little girl.  I printed everything I had (they are also on Flickr) but she never picked them up and they moved out of town.  They contacted us just last week wondering if I had a picture of their now not so little girl.  I didn, found them in about 5 seconds on Flickr and my home NAS incase she wanted the originals.  I feel good that I could replace something.


A computer friend of mine called one day in a panic wondering how to recover files from his home file server or “network attached storage” (NAS).  Although it had some redundancy it had a major failure and wouldn’t mount the drive.  I think he was able to work with customer support and get it restored.  Remember, everything fails.


My last story is when I almost lost some images... I was backing up my images to my redundant NAS device plus DVDs and putting the DVDs in the fire safe.  I thought I was cool because I have a redundant NAS and DVD should the worst happen.  Human error happened (which, by the way, is in fact “the worst”).  I accidently deleted some files on the PC and the backup program I was running at the time propagated the delete to the NAS device.  OK, no problem, go get the DVDs and do a restore (and then modify the backup program so this doesn’t happen again).


The restore from DVD didn’t work initially because the DVD drive that I used to do the backups was aligned slightly different than the restore device.  I tried a couple more drives until I found one that worked.  The lessons here is that human error can be worse than a fire, and DVDs for backup suck.  DVDs are slow, small, and require that you label the shit out of everything.  DVDs over time want to revert to their original form, goop.  They will delaminate over time in addition to other fun failure modes (will you be able to find a DVD drive in 10 or 50 years???).  Whatever your approach to backups, think about what it will take to do the restore and then ask yourself if that technology will be around when you need to do the restore.  Also, think about the file format.  JPG files may be safe for some time but if you have a fancy tape backup system that stores things in a database, will that database be readable in the future by whatever software is around?  Maybe your backup has some cool encryption built in.  Ask yourself if the encryption technology will be around for the next 20 years.  If not, get the source code so your grandkids can possibly port it to the computers of their time and get to your stuff.


Keep your backups as simple as possible.  I’ve written backup automation programs for work a long time ago and I’ve since put in firewalls to keep my human error from burning down my image vault.  Remember, stuff breaks, everything breaks.  Fires, theft, earthquakes, and wrath of god shit happens.  Backup for the love of the universe!


Also, as your equipment is replaced and technology changes, don’t forget to re-evaluate your backup plan.  You may be forced to re-write everything in some new format when we get to computers that store data on man-made proteins.


I’ve written blog posts about backups a few times on my other blog, cloudrant.com, where I cover computing with a focus on cloud computing.  I rarely see an article written about backing up your images by professional photographers and how the pros do it so I’ll cover it here at a high level and then link you to my geek blog articles on this for more detail.

Rule #1 -  Backup often, like right after you finish post-processing your images for the day.
Rule #2 - Have more than one backup (I always have an image in three places).
Rule #3 - Backup to the cloud or keep a drive off-site (off-site is hard by the way because if it is off-site, how do you use it to backup?)
Rule #4 - Don’t depend on photo sharing sites as your backup plan.  They are not in the backup business and they can sometime erode the quality of your images when they compress them.  Social or file sharing sites are in the business of getting more users and advertising and keeping you kind of happy.  They really don’t care too much about image quality.  And remember, things happen.
Rule #5 - If your local copies are lost, refer to rule #2,  get a new drive (preferably an SSD), and do a restore from the cloud.  Don’t leave them ONLY in the cloud.  If the cloud goes belly up or catches the hot end of a nuke, you are still covered.  If your cloud backup company goes bankrupt or human error wipes your stuff out in the cloud, the worst that can happen is you just choose another company and push all your data into that cloud.  No harm, nothing lost.

I recommend people use something like iDrive or Crashplan to backup their computers to the cloud.  Once installed and running, these programs automate the backup process for you and upload your data once a day.  The backups are secure because you tell the local client on your PC to encrypt it with a password on your PC/Mac before it’s ever uploaded.  I like this because even if a hacker breaks into the cloud service, they can’t access your stuff.  Just don’t ever forget the password.  I wrote a complete article on backups using this technology located at cloudrant.com HERE.  Take a look at it and use the service if its right for you.  After you have it installed and working, the first backup will take a long time.  Once completed, daily backups are pretty quick because it only moves new or changed files.  Once the first backup is complete, verify that you have it configured correctly by restoring one of your files and checking that it is backing up the directories and drives you think it is. 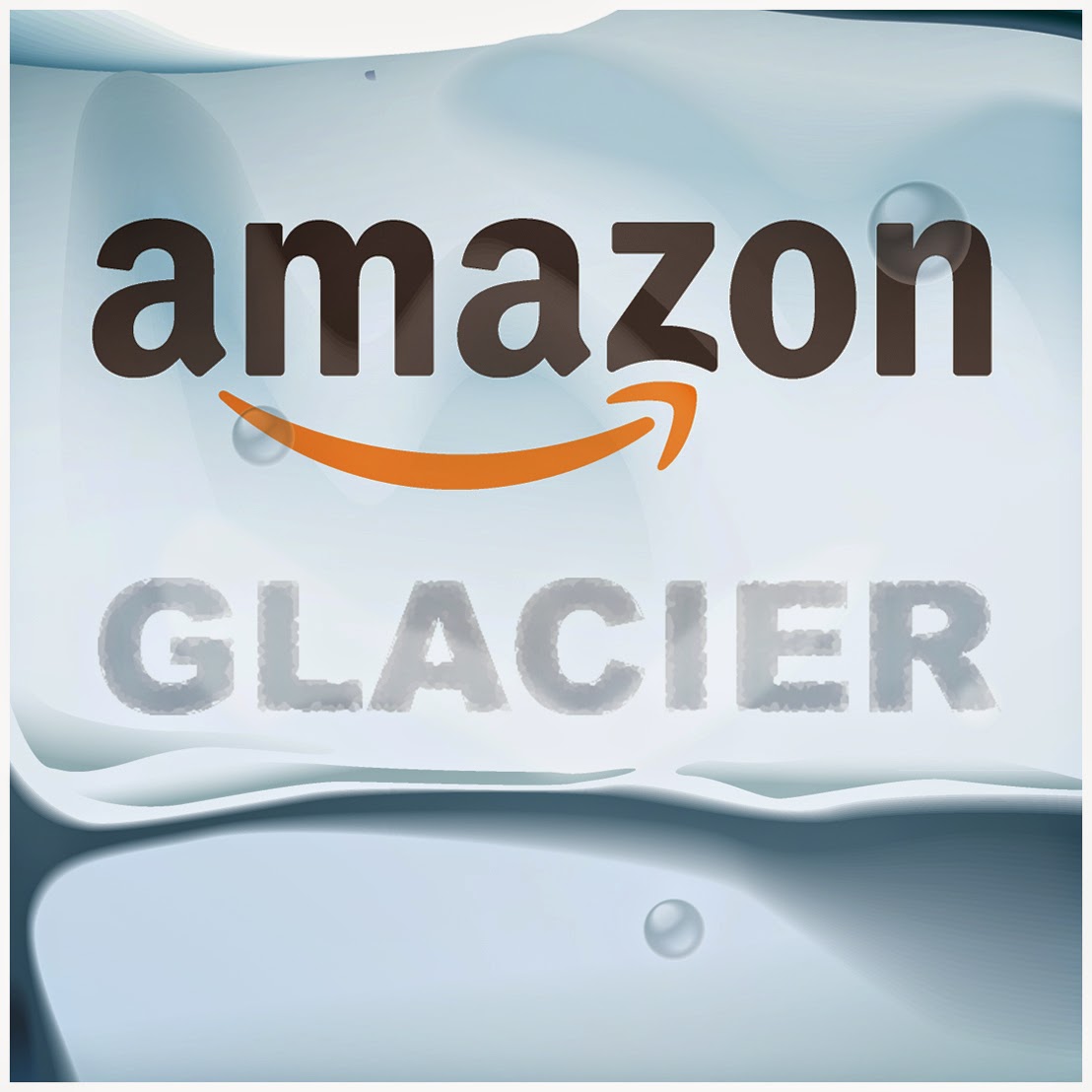 If you are a geek like me and you want to save a lot of money, try a service called Amazon Glacier.  Glacier is less expensive at a penny a gig but a bit harder to use.  Although they encrypt the data as it moves over the wire and when the data is at rest, image security is not as important to me.  The cost savings add up for me because I have over a terabyte of images and with the D800 it can grow real fast, especially for pro work where I shoot RAW.


Glacier has eleven  9s of durability.  It sounds like cool marketing and in fact it’s cooler.  Amazon stores your files in 3 different locations on multiple devices in each location, they verify each upload with checksums,  and they constantly run data integrity programs looking for any sort of image degradation.  If they find a problem, they fix it from one of the other copies.  If you are interested, read more about Glacier, and the PC tool, Fastglacier, go HERE.  The article is a little dated so there may be some other tools on the market that are even better at using Glacier.

I hope this was useful.