Read more »
Posted by Chris Claborne at 10:09 PM No comments:

Is the Fujifilm X-T1 Ready for Weddings? 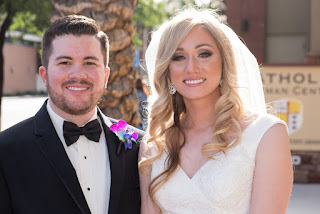 I'm going to attend 3 weddings in three months this year.  I've attended two and have one to go.  On the second, I'm the primary photographer.  I've read and posted about photographers dumping their heavy Nikon and Cannon gear and switching to the X-T1 for wedding photography.  I've used the X-T1 for portraits and a Senior Prom shoot right next to my Nikon D800.  In both cases, I was using an external studio strobe or multiple remotes.  It performed perfectly in those roles and other than the small difference in saturation, you can't tell the difference.  I've used the X-T1 in the studio and in natural light.  I love the camera.  I wanted to answer for myself how practical using the X-T1 as a primary for wedding might be.  So I took it to wedding 1 to find out.  (Note, all the photos here are from the X-T1)

Since I was not the primary on the first wedding, I decided to take the X-T1 and try to capture something the primary photographer wouldn't get and stay out of paid team's way.  The wedding was in a church that, like most, was pretty dark.  This meant that I would use a flash.  Until I got outside to use it for fill.

My first frustration was to the Fujifilm top-end (for now) EF-42 strobe.

The EF-42 as compared to the SB-800 sucks.  I bought it because my Nikon strobes won't produce TTL with the Fuji system.  It was a lot less money than the cost of the Nikon units but performance sucks.  First the strobe somehow eats batteries like my son tears through a steak. In addition, leaving the batteries in the strobe with the power off still seems to drain them. Four batteries in the EF-42 seems to last about 5 minutes. Fujifilm claims something on the order of 130 feet under ISO 100 but that would be pushing it.

There's no built in bounce card on the strobe, so my first act was to jam a card into the gap in the flash and constantly mess with it.  Also, there is no way to plug in an external power pack, something that is mandatory if you need to shoot with a flash all day.  If things are fast moving and you need cycle times in the sub 3 second range, you've got to have an external battery pack.

TTL capabilities are a long way from Nikon quality.  I've used the EF-42 in multiple situations and it seems that they are still in the developmental or maybe stage, like a Nikon F3 back in the 80s.  It did perform but not consistently.  It could be attributed to power management from shot to shot or me mashing down on the trigger before it's fully charged (an most likely running low on battery power).

There also seems to be multiple things that will keep the flash from firing.  I still can't figure them all out.  It can be frustrating as hell when you think you have everything set correctly but it still won't fire. I think the firmware update resolved one of them but it can be frustrating.

If you I have time and can go manual strobe mode, use a good Nikon unit.  For portraits, I've hooked it to my Paul C. Buff lights and get great performance and love it.

Compared to my D800, it's slow.  When using the X-T1 for portraits and travel, it works great.  For fast moving fluid conditions its just not quite fast enough.  When it's dark, it really gets slow and at times will just hunt.  When the bride is walking down the isle, you really need the focus performance to be at its best.

Shutter release is sub-second but you can feel the lag.  When shooting fluid events waiting for the crucial expression or something else, the D800 satisfies, the X-T1 might get it, it might not.  I've tried pre-focus and that doesn't always resolve things if you didn't pre-focus at the right point.

People are biased to look at the photographer that has the biggest camera.  I learned this while at a school event where I was asked to help out as the official photographer.  I was constantly competing and learned to just roll with it and shoot over her shoulder with the X-T1.  This bias is a real bummer because even if they do fix the issues I have with the next camera body and flash I can still be screwed out of photos by the guy with the 5+ pound Nikon or Cannon system.

The other thing that drives me a little crazy is the startup time.  That is, when I turn the camera on via the switch or wake it from sleep, it takes way too long.  It's frustrating!  I've missed several good shots because of this.  To contrast with a modern digital 35mm, the startup time is neglagble.  I'm going to play with a Fujifilm Xpro or Xpro 2 and play around with it.  I'm guessing it will be a lot better since it doesn't have to fire up a EVF.

I was able to capture a few photos that the bride liked at wedding number 1, but all of the small nits really add up that day and I was frustrated.  As the primary photographer on the second wedding, I really needed to nail it.  The client for number 2 was the worst kind, family.  A sub-optimal performance for that one and I'd be razzed for the rest of my life.

I was comfortable enough with the X-T1 to take it as a backup camera for wedding 2 and had my wife shoot candid shots and a little backup angle.  This saved me a multi-day D800 rental.  Using the X-T1 for candids is perfect because it's small and quiet.  The day before the wedding I did some pre-shooting where the wedding would take place and it performed well there.  The wedding was outside and I didn't put flash on the X-T1, keeping it simple.  It performed excellent.

A lot of the day was primarily for portraits of family at three locations and bride/groom at a forth and fifth.  I used on-camera flash at one portrait session, the live event outside, and the post event as well as some other bride/groom post shots.  I didn't want to attempt to use the X-T1 with on-camera flash but it would have been fine for the rest of the shooting where I used remote strobes and an Einstein mono-light.

The one small factor that also made it tough are the menus.  Although I should be able to stay out of them for the most part, I've been driving the Nikon systems for 40+ years so I know the system inside and out.  When shooting outside with clouds moving in and out, the X-T1 has all the controls I need on top which is nice.

At the end of wedding 2 after using the 5+ pound Nikon system I was dead, and in pain.  I would love to dump the Nikon weight if I could get equivalent performance from the X-T1.

Here's what I want in the X-T2

If Fujifilm can nail the next iteration, maybe I'll build a big styrofoam box to put around the X-T1 so that I don't have to fight for recognition in the line-up of photographers.


Posted by Chris Claborne at 10:19 PM No comments: