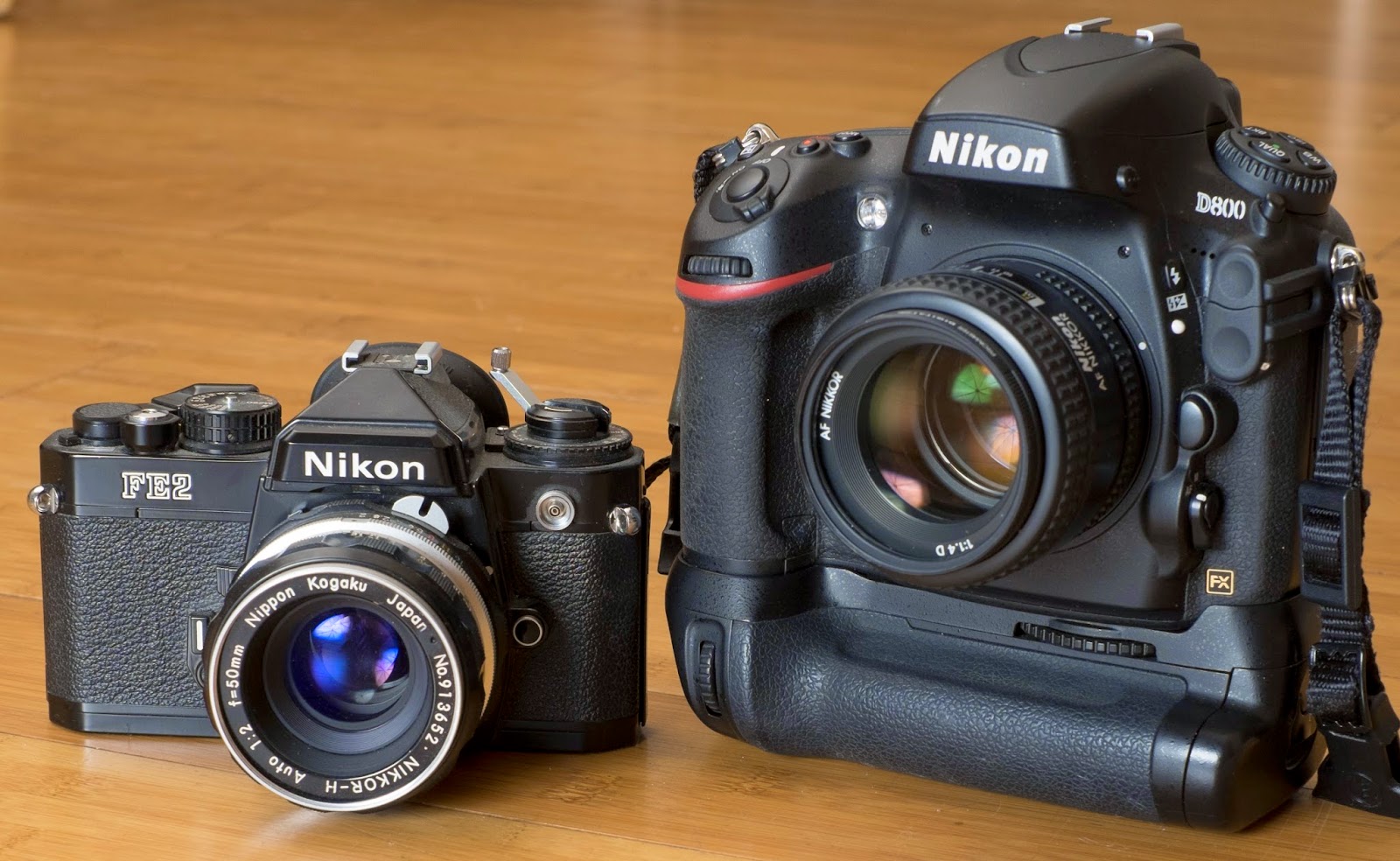 I drive Nikon camera bodies; I love the look, and the results.  I've been a Nikon driver since my first SLR 30+ years ago when I received a Nikon EM for Christmas with an E series lens.  I used the camera all through college and figured out how to force it to complete specific assignments in a college photography course where a manual camera would have been much better.  I don't remember how the camera ended it's life.  I think it died of natural causes and when I checked the used market it was worthless.  The E series lens was worth even less.

Nikon chose to go with aperture priority for "automatic mode" in the early days (starting with my EM).  That makes more sense to me.  I tend to think more about depth of field than shutter speed.  In addition, because the aperture control was on the lens, that meant that I could use it to hold the camera and control the shutter speed I wanted by turning it with my supporting hand and watching the shutter speed in the viewfinder.  At the time of the FE, Cannon decided to go with shutter priority on their AE1 and it sorta set the tone for their camera line for many years.  Nikons ergonomically feel right to me and they fit my style.  I love the fact that they have not changed the  lens mount since the first F camera in late 1959.  Those F lenses will still work on Nikons made today.

My next camera was a Nikon FE2 right after college.  It was all metal, and supported aperture priority and manual.  The FE2 SLR did a yeoman's job, tough, reliable and easy to use.  I loaned it to my niece who used it in college and then returned it.  It never had to go to the shop and I still have it.  I had an MD12 and it sounded like a Sherman tank when you pulled the trigger.  This was very much in vogue at the time and fun to use.

I owned a little Nikon 35TI for a while.  I loved that little guy and it performed well, looked great, but was what pilots call a "hanger queen" because it was always in the shop.  I sold it after its last repair.

My last analog or film camera was a Nikon F5 (circa 1995).  It was the best film camera ever made in my opinion.  Nikon made an F6 but I don't know how you could have made it any better.  The F5 was a beast, had a built in winder and would stop a bullet.  I think war correspondents must have had a part in the design.  Until just recently, it was the best camera I ever owned.  I hauled it to Europe and lugged it and some heavy glass all over the place.  My neck was killing me after the first day, but I was young and put up with it.  No way was I going to leave it in the hotel along with the several pounds of glass.  When I purchased my D70, the F5 rarely got used if ever and just sat in the safe.  Although the D70 wasn't nearly the camera the F5 was, it was a digital SLR that was close enough at the time.  I hated having the F5 camera just sit there when it should have been out working and being loved.  I sold it on eBay to a photographer who I hoped would put it to work and enjoy it as much as I did.  It was hard parting with the F5.

Digital started for me when I started working for HP.  Shortly after I joined in 1996, HP came out with a photo printer that surpassed anything affordable on the market.  I'd always wanted a dark room but without the mess.  Although I used a wet lab in high school and college, I knew I didn't want to go to the expense and mess.  I looked at a few film scanners and settled on a Nikon Coolscan.  I had my darkroom, or really, a dry lab.  The scanner was slow but high quality.  I searched for a processing lab that would treat my negatives like a baby.  The film scanner revealed every scratch, ding, and water mark.  I found a lab close to the house run by a family.  The prints were just proofs to me, what I really wanted were good negatives.  I didn't really like slides because of the lack of dynamic range.  It was much easier to recover an underexposed image on negative than on chrome.  I remember that to use a scanner back then you had to be a bit of a computer geek.  Since that's my day job it was a snap to install a SCSI board, drivers, and get it working.  I gave it to my brother to use after I went full digital and I think he still has it.   When my first child was born, I rushed the film of the new baby to the film processor and then zipped home to start scanning and uploading.

When you have a scanner you have to have a way to edit the images so this was also my first introduction to Photoshop.  The clone tool was my friend.  I remember one of the very first things I did was crop an image from a wedding that improved it 1000%.  I was hooked.  My next act was to clone hair from my wife onto my balding head.  You really couldn't tell until I pointed it out.  Now we're talk'n.

My first digital camera was a Nikon Coolpix 990.  Although it didn't crank out nearly the image quality of the F5, it got me to digital and uploading pictures of my new baby to grandma in minutes.  It was getting hard to pick up the beloved F5 but the F5 was still really the go to camera.  The 990 was cool because I could rotate the screen 180 degrees.  My first selfe was with a 990.  My favorite selfe was while flying, but that's another story :) 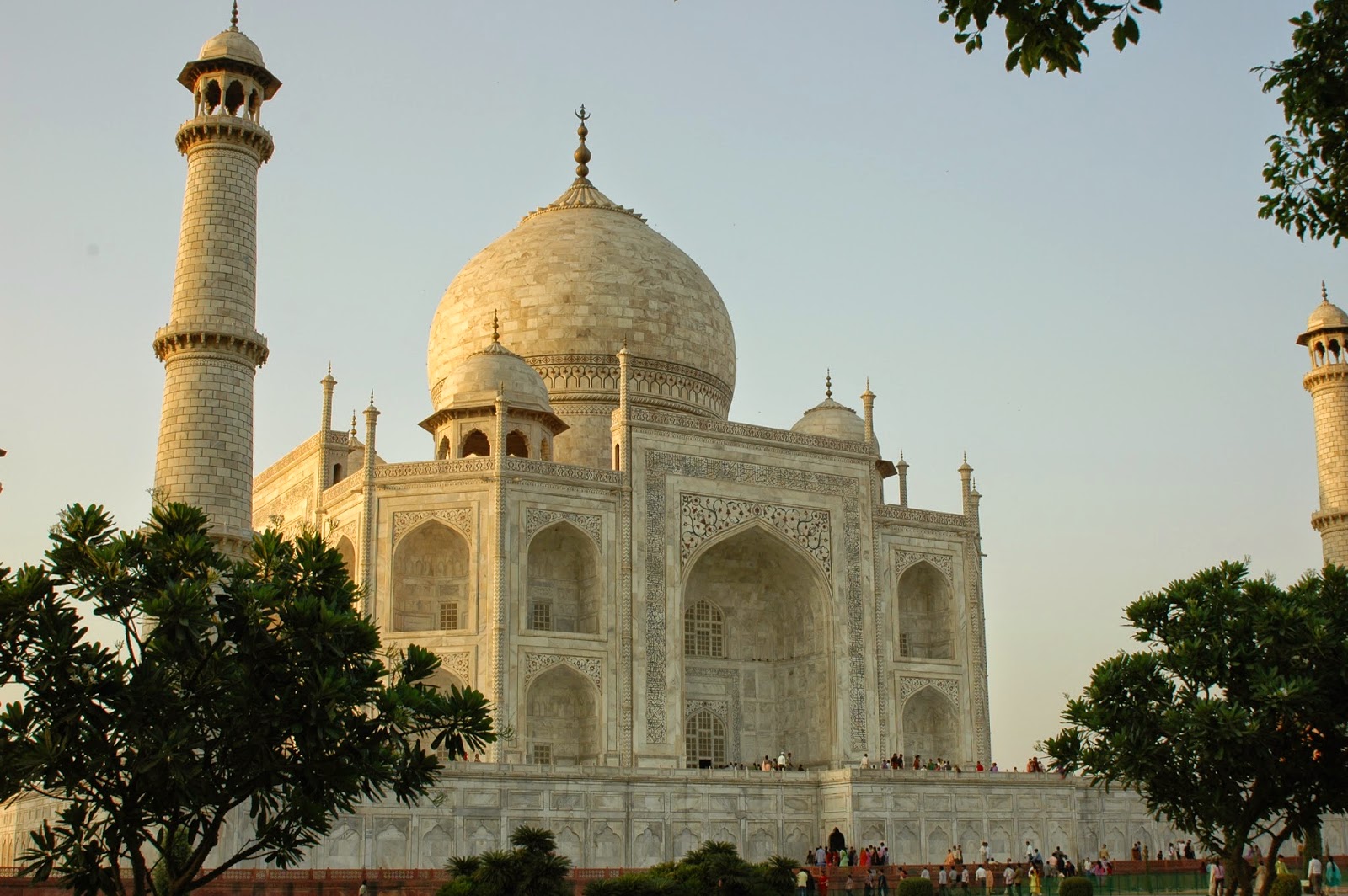 The first affordable digital SLR was the D70 in 2004.  It worked with all of my old glass and dusted the 990 in quality for sure.  Because of the image size increase however it forced larger flash memory cards and computer upgrade.  The larger images were too much for the current system so I geeked out and built a new system, modern CPU, more hard disk and memory.  I took the D70 to India and I had a blast.  I shot tons of images and then at night burned them to CD, sorted and post processed in my hotel before uploading a few to my web site.  The guide that I had while in Agra to see the Taj Mahal was also a photographer and knew all of the best spots to shoot from.  He was friends with the guy at the mosk on the grounds and got me in to shoot some really great images from a different point of view as well as some from inside the mosk. A few years later, the D70 developed a problem where the memory card would need to be jiggled.  After I upgraded cameras, my brother figured out how to fix it, used it for a while and then returned it.  It now lives in the hope that one of the kids want to use it.  My son thought he would get into it, but video games nixed that idea.
After the Nikon D70 was the D300.  I think that's the point at which digital climbed back into film quality output in my opinion.  Although the F5 focusing was faster, the D70 performed well.  When I bought the D300 I thought about a higher end camera in Nikon's line which had a little better sensor but was almost a pound more and only had about 5 features over the D300.  By purchasing a knock-off vertical grip, it was a D3 but lighter, and the grip (with batteries) was removable.  This is the camera that got me wanting to do more, and I ended up starting Camera Ninja with the D300.  This camera was a real workhorse and never had to see the doctor.  I shot many jobs with it when I wasn't learning more and shooting pictures of my own family.

I now drive a Nikon D800 which produces what I feel is near "medium format" quality.  I saved some money by buying it late in the product cycle just before the D810 was introduced.  With 36 mega-pixels of sensor, I always have enough data to work with for cropping and enlarging.  The images sizes are almost too big.  I say this because it's more data, more storage, more processing power needed. I think the resolution pushes right up to the limit of the lenses.  Because of the image size, it doesn't have the frame rate of the D300 for sports but the extra digital zoom in post-production is worth it.

The D800 is the best camera I've ever owned.  In addition to the medium format level full size 36 MP sensor, it has fantastic dynamic range.  It's built and looks like the F5  when I mount the vertical grip on it.  Since I've been a Nikon user for so long it was easy for me to come up to speed on the D800 and I know it inside and out.  I can drive every aspect of the D800 to get exactly what I want (to my personal capability).  Although Nikon has moved away from nobs and movable aperture rings, it's still an ergonomically pleasing camera for me to use.  Most of the controls that I touch during a fast paced shooting experience are at my fingertips.   It's also like the F5 because it's a tank that will stop a bullet (not that I've tried).  I love a body where I can get as many of the controls on the outside of the camera as possible.  I really dislike having to dig through menus to get to what I want and then figure out how to change it.  You'll see this represented in all of my choices.

I've always loved solid camera bodies, opting for metal over plastic.  But I've paid the price with my wallet and my neck.  Every one of my Nikon SLRs has been super reliable and has never let me down during a shoot.  My biggest issue with the D800 -- Combine a Nikon metal tank of a body with a Nikon metal pro lens and you are easily over 4 lbs.  I normally shoot with a vertical grip with extra batteries, pushing it to over 5 lbs!  After full day of shooting or touring, I come home with a sore neck and back pain.  Because of this, the Nikon stayed at home when I would have preferred taking it wine tasting, touring down town, or on some other small outing.  I have my iPhone so it lulled me into feeling safe because I had a camera.  (No, I'm not camera obsessive but I have photography in my blood wanting to work).

I recently started reading up on the modern mirrorless cameras.  They have risen to DSLR quality without the weight.  Nikon has the "J" series but I don't really like them and they require a complete different lens system.  If I have to go to a new lens system then why not really look at alternatives.  Nikon isn't known for making budget equipment so maybe I can lighten the load and save some money....

I love you Nikon, but I have a new friend, she's named Fujifilm X-T1.   A lot of photographers are dropping their Nikon and Cannon gear off at eBay and switching to the little X camera and saving a lot of money in the process.  I'm not ready to put the D800 out to pasture.  I'll explain why in my next post.


The Camera Ninja
Posted by Chris Claborne at 12:31 AM