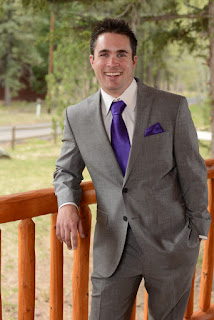 Even though I've owned the Nikon D800 for a while, the number of menus and options is crazy.  I ran into a problem about an hour into the pre-wedding portrait shoot and was flustered trying to find the right menu to override the issue.  I called a camera store 600 miles away to talk to an expert that wasn't flustered.  Problem solved within two minutes and I was back to smiling, laughing and shooting. If I hadn't been able to fix it within a time limit for my situation, I had a backup camera that could do the job within 6 feet of me. I'm a pilot, but as Gene Kranz (mission control for Apollo 13) says, "You gotta just work the problem".  I say you also need to have a backup plan, a Plan-B, and Plan-C and some alternate airports for when things go wrong.

This article has a lot to do with planning and prepping for an event that can't be rescheduled.  I did some research before my shoot which covered some of the items here.  My view is a little more in-depth on the failure planning for sure.  I've seen almost all of these failures first hand over the years.  As the wedding approached I really had to focus on planning.  To make matters more exciting, the client was FAMILY.  A major screw-up would result in my being razzed for the rest of my life, not just loss in business.   Some of the lessons below were learned from experience and others are a reflection on what went right because someone else thought of it (like the bride printing the schedule out for all the guests as well as a shoot list). 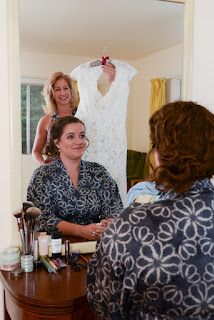 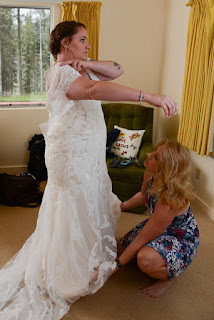 The first thing that most photographers think of is having a backup camera is MANDITORY.  It is for sure.  But, the camera is just one piece in your photo system that can fail.  Also, for each camera system item below, you have to plan for all the same things on the backup camera system.  If the backup body is different than the primary you have some work to do.  Having the same camera body will reduce the amount of shit you have to bring and smooth the transition to the backup should you have to go there.  I can't afford two D800s, but I could have rented a second one at a week-long rate.  My Fujifilm XT-1 is perfectly up to the task though and I used that.  There is a reason the XT-1 not the primary platform yet, but that is for another article. 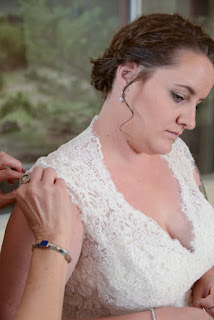 A little more about "PLANING FOR FAILURE" - I'm not kidding!
Anything and everything can fail.  From weather to the most solid lens to stupid stuff like a tri-pod.  When you travel, and it's an "event", don't leave anything to chance.  If a camera goes tango-uniform during a portrait shoot, a client can normally reschedule.  If it's a wedding, the show goes on and there will be some major disappointment if all you have is the camera on your phone.  What follows is my list given my very limited experience at weddings but over 40+ years of shooting. 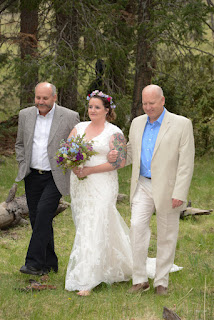 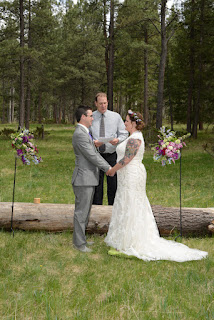 Second Photographer
I've read quite a bit about the value of having a second photographer.  You can get someone on the cheap since many photographers will help just to get experience.  You can also trade and do backup for the photographer that helps you.  Being able to pay for a second shooter is bonus.  Tell the client that they get extra bonus shots from a different angle.  Also, the backup photographer will be more likely to get candid shots since everyone is always looking at the event or primary photographer.

I had my wife use my Fujifilm XT-1 which is really good for candid shots because its small and super quiet, allowing her to not be noticed.  She's not technically adept with the gear but still got a lot of good shots and optional angles.  Also, if I blew a shot, she might still get the shot (which I did miss one while changing strobes).  As a bonus, I didn't have to carry the backup camera around, she was right there (along with the backup strobe and a back pack with other stuff) and she acted as a grip when needed (which was most of the time).

CAUTION!!!  Having multiple photographers can be very annoying.  I went to an indoor wedding where there were two people using very loud Cannons.  They definitely over-shot the wedding and the constant noise was very distracting.  I also over-shot a little and I hope it wasn't annoying.  I love the mirror-less bodies from Fujifilm for the near silent operation.  I also have a "quiet mode" on my Nikon for the church.  In "quiet-mode" you can't shoot fast but it's not as distracting.  Buy a body that's not so loud.  I'm guessing a plastic body may be louder. 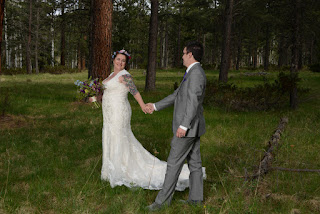 Pre-shoot:
Even if the client doesn't want to do a pre-wedding shoot, do one in another way.  Have them take you to the place where they will get married with the intention of just checking it out.  You can get to know them, their style, and sense of humor.  ALSO, take pictures, lots of them if they are into it.  This will really help them get use to the camera, your style and just being in-front of the camera.  Get some goofy ones too.  Doing this helps eliminate the camera shyness during the first bit of shooting on the big day.  Doing it the day before the wedding is good since they will be use to you and the camera.  I did a bunch with the X-T1 which is small and innocent looking (but packs a punch).

The wedding was outdoors and my specialty.  I shot the location the day before at the same time and was able to get an understanding of where the sun would be, how I could co-opt the sun, and most importantly, the shade areas I wanted to use.  Clouds factored greatly so everything could change at a moment's notice, and it did.

A word on Compute
Backup!  I've written about this a lot in my geek BLOG!  Plan for storage failure.  Once you have the photos on your computer, back them up immediately.  Get the backup off-site.  There are multiple cloud options available that I discuss in the link above.  I've had several friends come close to loosing all of their family photos because they had no backup.

Network attached storage (NAS) servers that have redundancy are a great first step.  They fail too.  It's rare but this year a friend almost lost everything when her redundant storage system had one of the mirrored drives fail and then some strange event cause it to go completely off-line.  She ended up spending over $1000 to have a company recover the data.  At almost the same time, my home NAS unit was in the middle of recovering a from a single drive failure when a second one failed, causing complete loss.  I had it backed up so I lost nothing.  In addition, NAS servers don't protect you from theft or fire because they are normally at your place of business (home or office).

I hesitate to use such large flash cards but shooting fine JPG + RAW requires a lot of space.  Although I only used two, use multiple cards that will last through various sections of the event to give yourself room for failure. You can recover from some amount of card failure with free software but don't count on it.  As mentioned, I've only lost two images due to corrupt files.  By the way, a corrupt file can be caused by the camera or memory card.